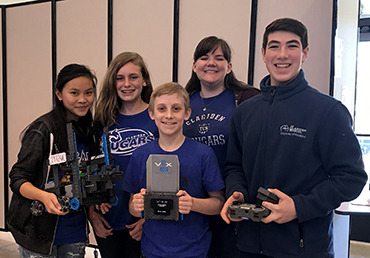 “Excellence Award The Excellence Award is the highest award presented in the VEX Robotics competition. This award is presented to a team that exemplifies overall excellence in building a high-quality robotics program. This team is a strong contender in numerous award categories. Key criteria

“VEX IQ Challenge Squared Away is played on a 4’x8’ rectangular field configured as seen above. Two robots compete in the Teamwork Challenge as an alliance in 60 second long teamwork matches, working collaboratively to score points.