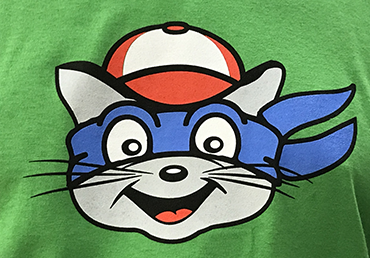 Southlake, TX – February 26, 2018 – The Clariden School, a North Texas leader in accredited, private PreK – High School STEAM education, today announced that both their middle school and high school teams advanced to the State Tournament for Odyssey of the Mind 2018. Clariden competed in the Odyssey of the Mind Regional Tournament on February 24, 2018, held at Carroll High School in Southlake, Texas, involving sixty-two registered teams. The middle school team won 2nd place in Division II and the high school team won 2nd place in Division III. These placements qualify both teams to advance to the State Tournament in Houston, Texas, on April 14, 2018. The Odyssey of the Mind Competition is reported to be “the largest international creative problem-solving competition worldwide.” (https://www.odysseyofthemind.com) 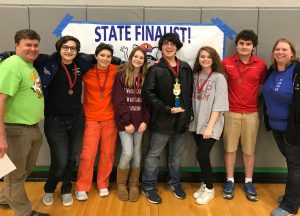 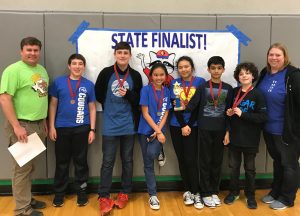 This was Clariden’s first year participating at the middle school level. The middle school team was awarded 2nd place in Saturday’s Regional Tournament for Division II. This was Clariden’s second year participating at the high school level. The high school team was awarded 2nd place in Division III, building on their success from their 2017 wins at Regional and State levels that sent them to the world championships. Odyssey of the Mind is a club activity for students at Clariden.

Clariden also received two additional awards at the competition. The middle school team won an OMER Award for their engineering. The judges remarked: “The team’s propulsion device and overall design of the vehicle was exceptionally creative and displayed creative problem-solving skills far beyond a Division II standard. Their use of welding and difficult wiring techniques were extraordinary and pushed the boundaries of the problem in a creative way.”

Clariden’s head coach, Brady Warner, won an OMER Award for his sportsmanship toward other teams. An OMER Award “recognizes those individuals, coaches, team members, parents, officials and others who, during a tournament, serve as exemplary examples or role models through their actions or words. This award is also bestowed on team members who exhibit exceptional skill and talents. Each recipient of an OMER’s Award receives a special medal,” states the Odyssey of the Mind’s website. (https://www.odysseyofthemind.com/wf2017/awards-and-ceremonies/?)

Teams select one of five problems published by Odyssey of the Mind organizers. Both Clariden teams chose the “Triathalon Travels” problem in which they had to build a self-powered vehicle that could carry two students and perform a number of challenges involving maneuvering around obstacles and hitting precision targets. The actions all had to be delivered in a story format including costumes, acting, sets, and more. The teams worked for seven months creating and building their vehicle and components.

According to the Odyssey of the Mind website, “In this problem, teams will ride on and drive original vehicles in an Odyssey-style triathlon. They will try to score in “curling,” hit the right targets when “jousting,” and “run track” by navigating a course in two directions. Between these events, the team will entertain the audience and the vehicle will change appearance. All of the action will take place in a team-created performance that features the vehicles’ triathlon travels, a commentator, and a coach.” (https://www.odysseyofthemind.com/2018-long-term-problem-synopsis/)

“We were so impressed with both of our teams’ performances,” commented Sallie Wells, Head of School for The Clariden School. “The stands were packed with Clariden’s cheering crew as the students showed their versatility in storytelling, set and costume design, acting and, of course, all the underlying engineering. It was fantastic to see our middle schoolers win the additional OMER Award for their engineering skills and the fact that they learned how to weld just for this project to achieve their design. The students have been working on this project since the first weeks of this school year in addition to all of their other school work. Special thanks to Coaches Brady Warner and Rissa Westerfield for volunteering to coach our team and to our amazing Clariden students!”

The Odyssey of the Mind State Tournament will be held April 14, 2018 at Paul Revere Middle School, Houston, Texas. Clariden will compete against the top teams from across the State of Texas.